Relocating Abroad With Children After Divorce

For others though the parent who has custody may take their child out of the country they have been living and relocate to possibly the country of their origin. This is often because their parents, siblings and friends of the parent are able to help with childcare. They may also relocate due to their new partner taking up a job opportunity. Whilst the parent has understandable reasons for relocating it inevitably raises difficult and emotional issues for the child.

It must be very hard for children to say goodbye to one parent and go off with the other to a country that they may know little about and where they have little security. The only real security they have is their parent. The child is leaving behind everything they know. Not only are they losing one parent, but they have to adjust to a new school and find new friends, leaving behind the old networks developed over years. The sudden lack of stability and continuity can bring academic and behavioural problems. Again, this isn’t always the case, but the trauma of relocation can actually be greater than separation for some kids.

It can also mean unhappiness and depression for the child as the child is going to see their absent parent less and there will be more stress on them when they do see the absent mum/dad because their time together is so intense and they are expected to pick up from when they last saw them and this could be months for some children. Teenagers are likely to see their absent parent less often as they develop their own social circle and prefer to spend free holiday time with their friends than their parent.

Children may also feel resentment for the parent who took them away from everything they knew and made it difficult for them to see mum/dad regularly. This can make for a strained relationship with the residing parent. The younger child may have problems sleeping, be more tearful, clingy. 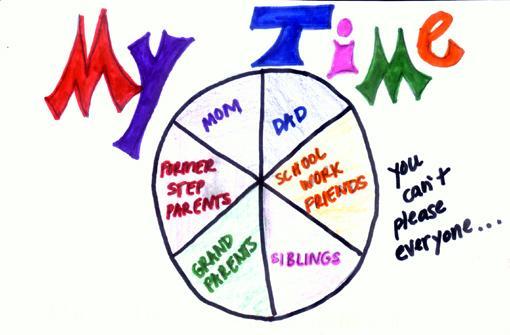 So how can the parents make the childs life easier? I suggest you find out what the child would like from the non-residing parent. How often would they like to see them? What is possible? What are the practicalities of travelling for the parent or child to travel to the other country for contact? Can the other parent visit for a weekend at a time? If so, where can they stay and will the child stay with them? On a more daily basis, look at how the absent parent and child can communicate between visits. Can they be bridged by telephone contact or skype, letters, CDs or send files to be downloaded online to keep in contact? What would work best for both parties, maybe a variety of ways but consider and be realistic about what the other parent can adhere to.