A new and exclusive feature in Wikizine this month: 'Parents in Dialogue'. In talking with each other and comparing thoughts and views, month by month, the team of 'Wikizine Parents' will share their experiences with our readers.

Casting my mind back six years to when I moved out of the family home with three children 10-15 years old, I guess I knew I could cope with whatever was thrown at me. I’d already felt like a single mum for several years before I moved out, thanks to a combination of being a rugby widow; work which took the STBX abroad a lot and several separate holidays where I felt less alone as a single mum abroad with 3 kids (and sometimes their friends) than I did in my marriage.

So what was going to be different now that I’d finally plucked up the courage to walk out of the family home, with my children? Or, more accurately, been forced out in the face of an eviction order due to mortgage arrears. Well, the obvious thing was we were going to be four people and not five. One parent and three kids. That’s a one to three ratio with a large kids majority. I have friends who have one child, and I was painfully aware that their ratio of 2 to 1 with adult majority promised better outcomes for a fully functioning family statistically than the 1 to 3 ratio (with children majority) I was entering into. But what I didn’t realise then is that the energy I had wasted in getting through seventeen months of living under the same roof as my STBX before moving out, actually created such an enormous new space for me to fully function properly again on all levels once we separated. To say I felt re-born is the best way I can describe it, though I’m certainly not of the happy-clappy brigade. But I needed all the energy and faith I could muster...

The next six months saw my youngest moving with two days notice from his academic private school to the local state comprehensive, which, unknown to us, was in special measures. Once a highly regarded school, it was my second choice and we counted our lucky stars that we got our second and not last choice, not knowing it was in special measures until he started the new term. My eldest son had completed GCSEs at a top London private day school but changed to a well known local (free) grammar school at the same time. Whilst it was a great school, it wasn’t the school his friends were at and two weeks into the new term he suddenly became my biggest problem and stopped attending. I spent a very worried night trying to contact him when he ‘escaped’ through his bedroom window to meet his friends in Richmond - friends who all had their own big problems. One was pregnant; another’s father had died recently; another’s mother was terminally ill. My dilemma wasn’t how to get him to attend school, but how to reprimand a child who was truanting in order to help his friends with major issues, whist also dealing with his own caused by his family splitting up.

Six months on and my daughter, then aged 14, suddenly developed agoraphobia. I would take her to school to make sure she got there and by lunchtime she was calling me saying she had locked herself in the loo and couldn’t come out. She couldn’t talk to her friends because they simply had no experience of the enormity of her problems. Luckily she was able to talk to me and her school counsellor and she recovered fast.

Six years later and I can see that the rewards of being a single parent for me aren’t so much rare – but often only visible with the benefit of hindsight. My three have all done well academically despite some major hiccoughs in their education and through family breakdown, But it’s more than that: my children have insights and an interest in making a difference with the problems of the ‘real’ world. They each show a remarkable empathy to others less fortunate. For example my eldest (now 21) is a part-time volunteer at an asylum charity and plans to be in the Middle East in the summer, teaching in refugee camps to further his dissertation in Middle Eastern politics. My daughter (now 19) has been teaching the disabled to swim for years, tutors a teenager in English and helps at a social club for young disabled adults. My youngest (now 16) wants to teach - and is looking forward to playing football and video games with the children I’ll soon be fostering when I’m an approved foster-carer.

To find out more about Kirsten, visit her website at BreakupAngels.

Then there were three…Kim's view: 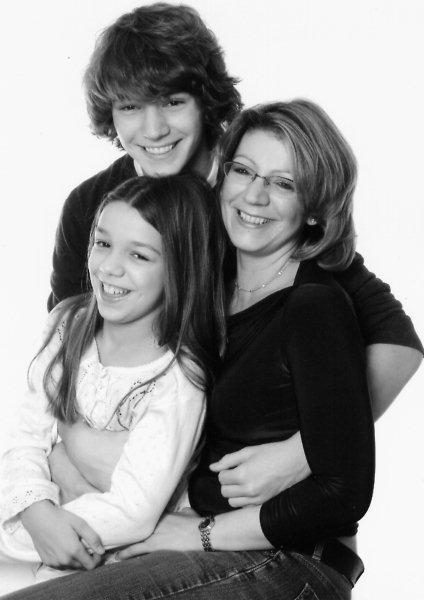 The rewards of single parenting are rare – like finding true talent on the X Factor. But when they arrive – often without warning and quite unexpectedly – they are powerful. As a single parent, one of the best bits of the day is peeking in on the kids before you put yourself to bed. You look at their small heads resting on their pillows, a much loved teddy nearby, the gentle rise and fall of their breathing through a Flower Fairy or Buzz Lightyear quilt cover and their long lashes fluttering against their soft cheeks in some delightful dream adventure. The house is quiet and it is tidy. Another tough day has been successfully navigated. With a tight chest you get into the vast expanse that was once your marital bed and try not to remember how once it was once a place of great joy – where you laughed and loved together – and try to relish the coolness of the sheets and the luxury of being able to stretch out.

As morning gently breaks you are aware of a small person at your side – waiting for the inevitable invitation to get in and give you a hug. They slip in beside you and you feel their tiny arms and legs wind around your body – just like a baby monkey. Before long, the other small person in your life joins you. And before you know it the three of you are chuckling, giggling and generally fooling about – enjoying one of those weekend mornings where there is no school, child minders or work beckoning you away. Instead, you are in a moment of perfect peace and harmony – having found a new equilibrium as a family – with just the three of you. And the childish joys of bouncing on the bed return from your own childhood.

To find out more about Kim, visit her website at kimtasso. 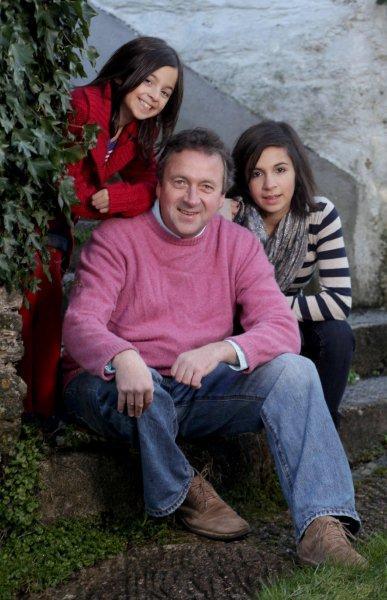 Listening to Kim's opening salvo - the bit about children climbing into the bed and generally getting close with Mum. It had an impact that may be of interest? I thought about it again last night - it made me cry... it wasn't the tears that worried me - it was the tummy ache.

...Things came to a head after Christmas. I spent some time with a mum and her child. Her parenting skills were on display. I looked. I marvelled. I despaired. Her child was so secure and happy. There were cuddles and strokes and all the manifestations of love imaginable. See, the thing is, there is an undercurrent - a strong "sweep the legs from under you" undercurrent with me and many other single Dads I meet - a belief that we are not doing a very good job. And at the cutting edge of this sweeping force for me is the knowledge that I am bringing up two daughters who have not had their fair share of cuddles. Far from it. I know I used to cuddle them far more when Mum was around..."Doting Dad" - been called that many times. But there is something about being on my own bringing up children that has cut those cuddles short. It's an age thing for sure - my daughters are not "babbas" anymore. But I'm sure there is more to it than that.

Having been through a bit of counselling, I ask if this has something to do with upbringing. Well, my dad was a working class Scot. I was the youngest of three boys - and no, we did not get cuddles. Men like my Dad didn't do that sort of thing. But things move on from generation to generation and as already stated, I was quite the cuddlesome Dad with my own kids...but only when Mum was around.

As I write this now - I don't know why the change has come about. I do know I worry about it. (I have learned to question people when they say they are "worried" about things. Usually, upon investigation, it means they are giving said issue some thought.) When I say I am worried about by daughters being brought up without cuddles, I mean this very thought will wake me up at night about once a month. Wake me up in the sense that I will be jumping out of bed terrified...In such episodes I will run into my daughters' bedrooms to make sure they are still there and OK. Im not looking for the stuff that Kim sees when she looks upon her sleeping children. I'm looking to see if they are there!

And said single Mum who left with child after a weekend left me with a hand mirror...It was the first time I had seen "close-up" parenting for some time...it displayed how Mums (and OK, not all mums) really can be Brilliant - sparkling - all loving parents.

...and I'm going to end with a question...people tell me (all the bloody time), "you're doing a wonderful job". Do people (women) say that because I'm a man?

To find out more about Bob, visit his website at OnlyDads.