A regular feature of Wikizine: read Belinda Scott's experience as a, recently divorced, single mother of 5. Goodness it’s the end of the school holidays at last! Or is that already…it’s definitely been one of those years where I can’t decide if the children have been at home forever, or, for a few days.

Overall, the last seven weeks have been good. No mishaps, well, apart from cleaning out my bank account on more than one occasion. And my failed first driving test, which didn’t feel at all bad in the grand scheme of things (though it certainly didn’t help with the ol’ finances). All in all, a good time has been had by all!

The children did a grand job of keeping themselves amused with the local children, and each other, and fall-outs were kept to a minimum. An unusual plus for me this year is being close enough to my mum (we live about 20 minutes drive apart now) that she was able to babysit while I attended counseling and various other appointments that arose over the summer weeks. In summers past I would be tearing my hair out by the fifth week, just for an hour of ME time.

Certainly 'me' time didn’t happen while I was married, and last year it wasn’t appropriate for me to leave the children for any length of time as emotions were running so low (and high) – and a good comparison is last year’s summer to this; this year being thoroughly relaxing, compared to last year’s incredibly stressful summer. I’m definitely counting my blessings that we are here and now.

So, back to school we go. This year there are no big changes for the children as they are all staying in their current schools, although of course there will be new teachers and classrooms. But, at least they wont have the upheaval of getting to know new children, new schools, etc. Now I on the other hand have a completely new start as I am going to university! For me it will be a completely different environment and I wont deny that I’m a little nervous about it. I’ve even managed to just pip my 18 year old niece to the post as she doesn’t start until the following week, so I believe I am the first female in my family to go to university!

Back to school means back to uniforms, so this means we’ve had the usual stuffing them into last terms gear to see what fits and what doesn’t. NOT surprisingly, my eldest has exploded out of everything, but then at 15 he is eating me out of house and home, so it isn’t surprising that he’s growing really. My girls managed to fit into everything, but their old uniform looked so shabby that I felt compelled to buy them a couple more items so they don’t go into school on Thursday looking like complete ragamuffins, although I’m sure they’ll come home looking just exactly like that. And, though I say it myself, they did look smart in navy blue and white.

I’m fairly sure my youngest has been standing in the compost bin every night as she looks like she’s grown 6 inches in the intervening weeks… unless she’s taking dietary advice from her dustbin of an older brother, of course. But either way, she is looking so grown up these days – ah, they don’t stay young for long.

The big event of the summer was my 40th Birthday; an event that I have looked forward to since turning 39 years of age. And it didn’t disappoint. My mate and I did the city, well we sort of attempted to do the city, got bored and ended up in ‘studentville’ – as you do. The nice thing about the student part of the city is that you get a wide age range of people who are basically there to be near some decent music; unlike the city centre where people seem to want to be close to the nearest fight.

So my Birthday weekend started off with a good night out, followed by a pounding headache the next day, and a lovely family meal and walk by the river on my actual Birthday. I really did have a truly happy day, and felt, and still feel, blessed to be who and where I am right now. 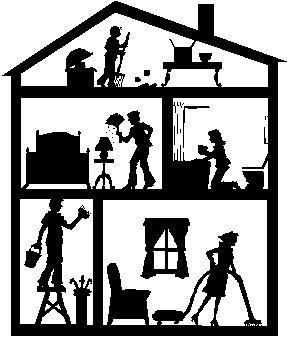 And oh so typical of us as a family, as we really don’t do things by halves, has been the alteration of the function of two of the rooms in the house, and the changing of occupation of one. The children and I have talked on and off over the summer about moving the two younger boys into what I originally set up as the playroom. It used to be an integral single garage, so plenty big enough for bunkbeds etc. What has put me off going about the change of use of this room is bringing the bedroom furniture downstairs.

I’m not one for asking for outside help, so I knew it would be my eldest and I doing all the heavy work, and I wasn’t sure he was up for that, and I certainly wasn’t about to insist on him helping, if he didn’t feel capable! I do wonder if I am the same as other mums, because even when my strapping 15 year old stands in front of me, I still see a little boy. I don’t think I’ll ever really understand that! So, armed with my ox of an eldest son, and my sheer determination, we transformed the rooms in 6 hours. We knew we’d probably used up every last ounce of strength when we simply couldn’t lift a single mattress higher than our kneecaps!

We now have a tiddly playroom for the girls to fill to bursting, a lovely large bedroom for the boys, and a larger single room for my son. Strangely enough he complained good naturedly this morning that instead of reaching out from his bed and grabbing his wardrobe door to gather his clothes, he reached out and fell on the floor! He then marveled that he had to walk two whole steps to reach his clothes. Oh the simple pleasures in life.