Can You Be Friends With An Ex?

A regular feature of Wikizine: read Matt's 'Day in the life as a 30 something Singleton'...

Well first of all I'd like to thank all my friends for reading last week's column and the one person who stumbled across it by mistake while looking for that recipe for the perfect lasagne for one; I hope you are back to read this and, just for you, I have included a spag bol recipe at the bottom. No scrolling down now and then scooting off!!!

During the last couple of weeks I have been in contact with a couple of ex girlfriends from the past, one recent and one not so recent, the recent one whose previous parting words were "I never want to hear from you again" and the other one who I have remained good friends with since we parted. This raised a question which I have since discussed with various friends and colleagues, "Can you be friends with an ex?"

Now I know I am writing this from a viewpoint of never having been married or gone through a divorce therefore to me an ex is an ex girlfriend not a wife or a husband, but hear me out. In true Family Fortune style I asked 12 people the question and 6 people said "Yes you can", 4 people said "Maybe, if both people want to"; and 2 people were said "No, you can't". Ok, this doesn't prove anything whatsoever but it helps fill up the column with some useless statistics.

My opinion on this is very simplistic and as people who know me will testify that I am more of an idealist rather than a realist; in a nutshell I think that if the relationship ended amicably (it can and does happen!!!) then there shouldn't be any reason why the friendship cannot continue even though the relationship aspect has disappeared. 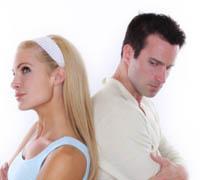 Someone I was talking to argued the point that if they are friends with an ex then if the usual pleasantries at the start of a conversation are mentioned, i.e. "Hi, how are you?", they feel that they cannot answer honestly and, however they are really feeling, whether it's ecstatically happy or deeply depresssed, they cannot say because they don't want the ex knowing how they are really feeling. I find that sad and I cannot relate to it because if that is the case, then what is the point of being 'friends'. The friends I have know that if they are feeling down or excited about something then they can share that with me and likewise me with them.If you can't talk to a friend when you need to, are they a friend or merely just an acquaintance?

The friendship between the not so recent ex and myself happened quite quickly after we split, mainly because our relationship ended up being more of a friendship than anything else. Anyway, for various reasons, because we both knew each other as well as anyone could then we felt able to talk about new relationships, how we were feeling etc. I know I still cared for her and didn't want to see her hurt in any way, shape or form but that was because I knew what sort of person she is and I no longer had any relationship-type feelings for her. I think in the time since we split there hasn't been anything which, subject wise, was off limits for us, because we trusted each other to give a balanced opinion and valued advice. Now I'm told that is rarer than rocking horse crap but why should it be that way?

I suppose if one partner still feels something for the other, then a friendship isn't going to be easy until those feelings have died down but it is possible; boundaries need to be set at first. If you are going to be friends and have an ulterior motive then it is as transparent as glass and it just won't work. But if you genuinely want to be friends then you both have to realise the relationship as you knew it is over, but the friendship that was there can exist without you being a couple, you can have the laughs, the deep conversations, etc. but there is a line you can't cross that, over time, you don't notice and don't even go near.

As regards couples with children who split, then normally they have to stay in touch because of the children, but how often is it a friendship or is it more likely that if there were no children then they wouldn't be in contact with each other?

One thing I have definitely learned while talking about this, is that it is a minefield and it does provoke a good debate, there is no right or wrong answer, it all depends what you are both happy with. The ending of a relationship is never easy at the best of times but from personal experience it can work.

So why did my exes get in contact with me? Well, the more recent one had some news to tell me about someone we knew and after an hour and a half chatting like the good old days, admitted she was bored that night, I must have been the only person around to talk to!! Last resorts and all that; even so it was still good to talk to her without retreading old ground. It's good to see her in a different light now I haven't got blinkers on, she is human and the sun does not shine from somewhere it shouldn't, which is definitely a fault I had whilst I was seeing her. But talking to her has only made me realise that I do value her opinions on a lot of subjects and I will miss that aspect in the future.

As for the other one, I really wish I had given them pseudonyms now, it's so rude to call them "not so recent" and "most recent"; we had a long chat about mutual friends, relationships, family and her impending engagement, I really couldn't be more happy for her, as she has found the man she has been looking for. It hasn't been easy for her since we split as she has moved houses, towns and jobs and she is definitely someone who thrives in a relationship and knows what she what she wants from one. I have been the person who she calls whilst on a first date to 'check-in' and confirms she is ok, but finally I know she is happy both personally and professionally with the stability she craved. Am I jealous? Not at all, if anyone I know deserves it she does.

As to what has been happening to me on the dating front, well I haven't been at home festering away at all this week, a few questions have been answered, like my hometown actually isn't devoid of single women after all and you can spend 4 hours in a pub and only drink one pint because you are too busy talking and then the staff politely asking you to leave as they wish to close and go home.

More next week, oh and for the person waiting for the spag bol recipe, fry some mince and some sauce and bung it over some spaghetti, hope that helps, enjoy!!! I never said I was Jamie Oliver!!