This is a new board game I was teaching my kids over Christmas. It’s the Relationship’s Bored game.

Here’s how you play –

This isn’t so far-fetched, it’s how we play relationships together. We make excuses for how we interact with our partners, friends, work colleagues and children - ‘it’s the game’s fault’ and someone had to win. 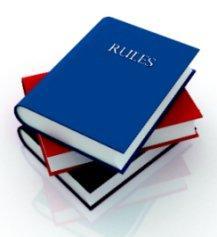 It never ceases to amaze me what power we give away to rules written by some faceless person of yesteryear. There is little willingness to rip up the rule book. There is little willingness to think outside the box and live our lives determined not by lines and regulations but rather for how long you want to stay in the game with that person. What if both parties playing the game came up with an agreement for their own game? What if they agreed they can land on top of one another, or that there was no square dominance. Would the game makers give a monkeys? – Would they heck!

If you’re playing a game and someone wants to leave it, there’s not a lot you can do. If you go to the playground with your kids and one is on the seesaw with a friend and the friend has to dash off home for lunch, your child will not be able to seesaw any longer will they? What we need to look at and ask ourselves is whether the child had fun while the seesaw was going up and down and I bet they tried to get it to balance so neither was up or down (or was that just me!) It’s no disgrace or personal slight that the game ended early.

What we tend to do though is forget what game we are playing. Life is a game of risk, commitment, love, laughter, trials, births, deaths, sunshine and snow. The beginning is our birth, the end is our death, in between we play a game which when played with love and respect makes not only our life, but those around us lives, much more enjoyable.