More and more people are taking up the solo-travel challenge. Are you brave enough to join them? At the time, the thrill felt wasted on just me.

It only occurred to me later that I would almost certainly have found the train journey from Hué to Danang, where the cliff-edge track skirts the sea so tightly the train might be carving anew the sun-flecked dark-blue bays from the grasping Vietnamese jungle every time it passes, less mesmerising with a travel companion to distract me. 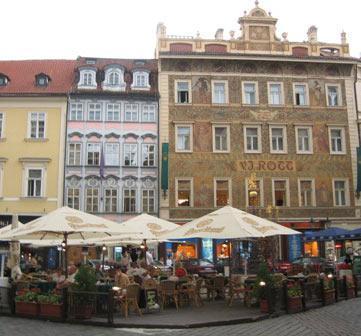 In Prague, in the café beneath our cheap hotel, I felt awkward approaching, alone, the spoilt but sassy New Yorker Jenny, her doughty travel-mate, Heather, and Jerome, the witty Saskatchewan hippy they had picked up before me, before joining them, a few days later, as one of a merry, Poland-bound quartet. I suppose, had I already had company, I might have befriended them anyway, but it was no more likely than, when I am in Paris with someone else, we will obsessively tramp 10km a day and take in as many museums – as I do when I visit my favourite city alone.

It is the sheer high grade of the experience, the amount you are forced to discover – in the world and in yourself – that, for me, makes lone travel so addictive. “If one of your aims on your travels is to glean something about yourself and your place in the world, then you must leave your chums behind,” advises the travel writer Sara Wheeler. Dawn MacKeen, in an article on women travelling alone, describes it as “like no other type of travel.

Your senses soak up the rawness of the environment, from the slight rustle of the wind to the smell of pine trees after the rain.” Lea Lane, the author of a book called Solo Traveller, calls it simply “the ultimate way to travel”. In my liking for solo travel, I increasingly, it seems, have company. A recent survey estimated that some 15 million Britons travel alone each year, an increase of around 40% over the past decade. Partly that rise is down to the explosion in single-person households in modern societies, but it must also be that many travellers heading west, alone, find it the only – the most rewarding, the most challenging – way to go.

Age no barrier And it is not only young people going solo. More and more travellers in their later years are fulfilling the dream of exploring the world alone – perhaps using divorce or the death of a partner as an excuse.

I recall another telling solo moment in Seville’s monumental Gothic cathedral, standing before a glass cabinet containing the pennant of Fernando III raised triumphantly on a minaret in 1248 when the city’s Moorish occupiers surrendered to Christian forces. I turned excitedly to my companion to remark upon how the barely faded standard of a lion, picked out in gold against purple silk, immediately conjured up scenes of fervent violence, of the clash of scimitar and broadsword under the sweltering sun – when I remembered I was alone. I have felt more than one such pang of loneliness travelling solo, but to that you must contrast the different isolation of setting off in company. To travel solo is to prick the “bubble”, as Thalia Zepatos, the author of A Journey of One’s Own – on women's single travel – describes it, that so often envelops people travelling together.

“With another person,” she tells me, “you end up in a little bubble, whether you intend to or not. You talk to each other, you process things, you discuss what you’re seeing, and you become that much less approachable to other people … Once you break that bubble and travel alone, you’re much more open to interacting with the people around you.” But, for all its allure, lone travel also inspires fear. So much for freedom: what about safety? It is usually women for whom the dangers of walking alone down the dark street of travel feel most pressing. Dressing like a nun – or the local equivalent – say seasoned female solo travellers, is the surest way to minimise inevitable harassment.

Yet – and I speak selfishly – solitary men can be just as conspicuous. In many cultures – perhaps all – a single man striding into town, even one exuding cultural sensitivity like cologne, is always carrying a metaphorical six-shooter. What does he want? I sensed collective disapproval like radiation the time I, the sole non-Moroccan, boarded a local boneshaker bus for the marijuana-producing badlands of the Rif Mountains and innocently sat next to a (momentarily) unaccompanied hijab-wearing woman. I can tell you no shared language was needed to encourage me to shift my seat.

Stigma is the other great spectre haunting the would-be solo traveller: people’s perception that you are travelling alone because no one wants to go with you. And nowhere is this sense of shame more potentially acute than in a restaurant. As it happens, I never feel shunned dining alone: one of the reasons I travel the world is to eat different parts of it, and I find the presence of someone else at table can detract from my appreciation of a novel cuisine. But for other people the thought of a table for one is the highest hurdle on their path to a singular voyage. There even exists a word for such dread: solomangarephobia.

The author Lea Lane’s solution is to treat the experience like theatre. She will shun her normal demure traveller's dress code for the evening and “look absolutely my best. I try to have people say, 'Who is that woman?' And it works. You have your 15 minutes of fame while you’re eating. If you feel inside that you’re more adventurous than most people, it reflects all over the place.” Courtesy of Simon Busch, MSN Travel