Following last month's article on 'Living New Dreams', the Ed. concludes her travelogue on her Australian adventure... Having left home on Friday evening, I touched down at Sydney’s Kingsford Smith airport on Sunday evening. Arriving at my host’s home some time after dark, my first need was to sit in the garden with a glass of wine… my second was for sleep.

It wasn’t until I woke on Monday morning (at a very respectable 8am) that I realised my weekend had just been wiped out… vanished… lost forever!

Not to be deterred, we headed out so that I could ‘orient’ myself: I knew I was in the northern suburbs but I needed to be at the coast so I could tell which way was which – that would tell me where in the world I was… don’t ask, it’s a girl thing! The weather wasn’t great on the first day, so my first view of Sydney’s skyline was pretty grey. Still, I was on the other side of the world, my phone wasn’t working, my laptop wasn’t switched on – no one could get in touch. I felt free; unfettered. It didn’t last long; I felt the Wikizine deadline approaching and I hadn’t even started on articles.

Tuesday brought hot sunshine and 27 degree heat. Hmmm… laptop / pool… laptop / pool… pool won. Thank goodness I’d brought bikinis, not something I would normally think about in March! I did, of course, settle down to some serious work but working on the magazine from the side of a pool in the garden is certainly a drastic improvement in lifestyle.

I would consider relocating on that basis alone! What’s really beautiful about New South Wales at Easter is that, although they have just entered Autumn, (as a parallel, we would be heading towards October...) they still enjoy better temperatures than we get in a British Summer! The only giveaway is the 7pm dusk.

Later in the week, having put the April issue of Wikizine to bed, so to speak, we made plans to have dinner with some friends. At the last moment, the plans became dinner on the boat – what a treat. My host’s mate, Colin, had just bought a sea cruising boat and we took our picnic dinner with us for an evening cruise into Sydney Harbour. It’s a pretty rough crossing from the marina just outside Manly into the calm of the harbour – the twin headlands out into the open sea bring a current that is something akin to riding a rollercoaster!

As we entered the main harbour, the sun was sinking over the cliffs – the sunset above the harbour bridge created a spectacular backdrop. The Opera House was like a jewel in the distinctive skyline. We reached Darling Harbour as the evening was beginning… the bustle of the bars and restaurants, the lights on the water, were magical. $25 (Aus) to moor up ‘til midnight – cheap at half the price. It’s a strange experience, sitting in the middle of a busy city, on a boat and eating dinner. 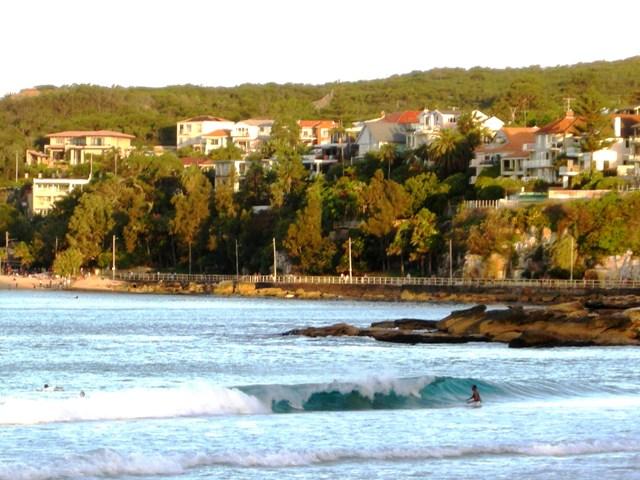 I moved to Manly for a couple of days to spend some time at the beach. The Manly Sebel Hotel is well worth a stay. Friendly staff, great views – it sits right across the road from the ocean and in the corner of the bay. Manly is a beautiful place; I could seriously live there! Its many bars and restaurants make it difficult to choose but, for a relaxing place to look out across the bay, with great food, my choice would have to be El Toro Loco on North Steyne. If you like to sit and enjoy a good glass of wine or a Spanish beer and watch life go by for a while, this is heaven.

Whilst in Sydney, I did a couple of tourist trips with the boys – the aquarium in Darling Harbour was fun. I met the famous dugongs; the strangest creatures I’ve ever seen on this planet. I saw the largest crocodile in captivity; captivity being the operative word there! I like fish – there’s something very chilled about watching them swim around. Taronga zoo is also worth a visit. I’m not big on zoos, but couldn’t resist the koalas and kangaroos. The two baby elephants (Pathi Harn and Luk Chai) were sweet, the Komodo dragon not so – he looked as toxic as his bite. The Australian Green Tree Frogs are cute; bright green in colour and with ‘fingers’ like something from ET, they look almost like cartoons.

Alternating lounging by the pool, cruising on Colin’s boat and exploring further north, the rest of my stay passed all too quickly. The weather, on the whole, was fantastic though our clocks went back an hour, making the days even shorter. It was interesting to hear Colin say that Easter weekend generally marks the end of the summer there.

Traditionally, in the UK, we use August Bank Holiday to do that; though it’s many years since I can remember being able to sit on the top deck of a boat on the sea, on a scorcher of a day, that late in August. We took a drive up to Palm Beach, enjoying the stunning scenery. The climb (on foot) up to the 19th century lighthouse at Barrenjoey was a trek that this editor is unused to, but the view from the top was awesome. Looking back down on the peninsula that separates the calm of Pittwater and the powerful ocean in Broken Bay, the contrast was amazing. A sunset dinner by the sea, on the way home, complimented the day. 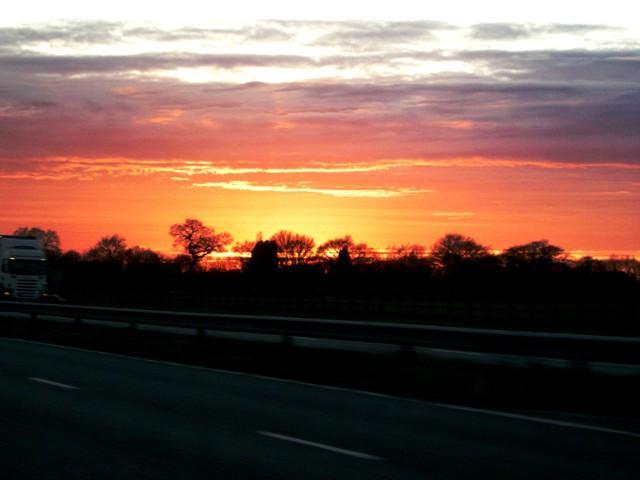 All too soon, it was time to leave. On the one hand, I was sorry to go… I'd met some beautiful poeple (Colin, Kate and the boys - thank you so much for your Australian welcome!). On the other, I’d missed my family. Having managed about 5 hours’ sleep on the 9 hour flight from Sydney to Hong Kong, I arrived there at 5am. It’s a lonely experience sitting in an empty airport, waiting for the world to wake. Having flown through the night on the outbound trip, it was a pleasant change to fly through the day on the return. So, I amused myself by taking photos of China, Mongolia, Ural mountains, Siberia, Finland…

How to appreciate England? Spend 13 hours flying over ice and desert, then look at the verdant landscape descending into Heathrow. But that’s just the landscape. The airport is another matter. Heathrow’s boast of Terminal 5 – try getting there from Terminal 3, tired, jet-lagged, heavy bags… I took a cab. Fastest. Easiest. Most expensive! My lovely daughter met me in Manchester. She’d missed me; I’d missed her. As we negotiated the familiar M56/M6 intersection, chattering ten to the dozen… I looked at the beautiful English sunset. Home sweet home. Oh well… back to school in the morning! 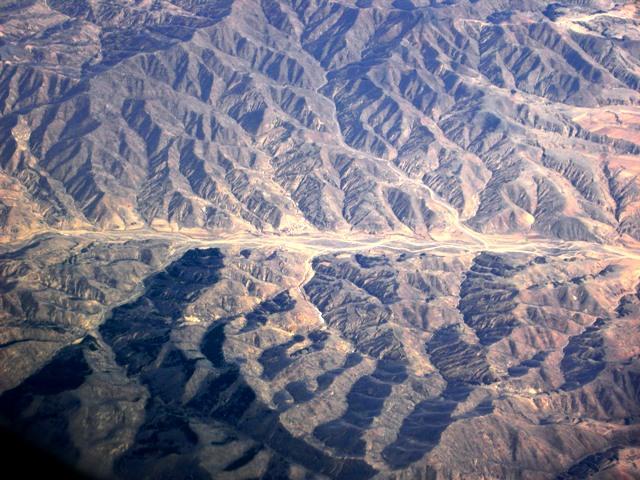 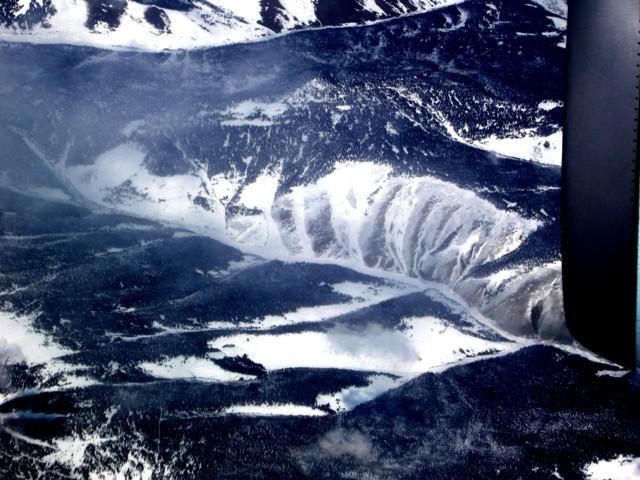 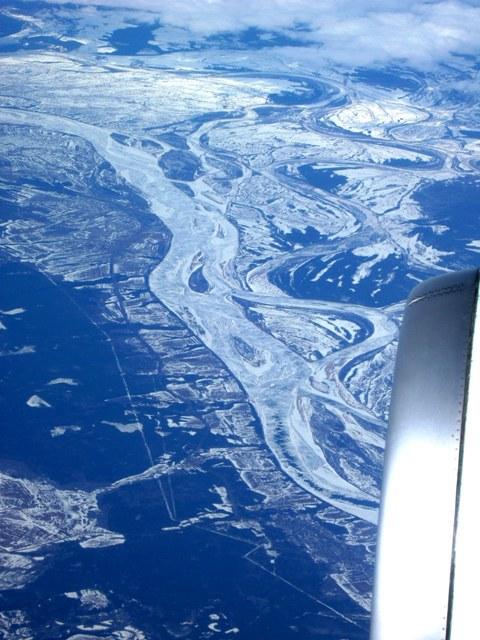 The modern, convenient and affordable way to divorce.

Online mediation is a convenient and inexpensive way to agree on a fair financial settlement.

This legally binding agreement defines how assets (e.g. properties and pensions) are to be divided.

Support for people who have to go to court to get a fair divorce financial settlement without a solicitor.