Comments (0)
Written by
Our Resident GP

Our lives are littered with regrets; forgetting to record the final episode of a series on TV, missing the last postal collection, not choosing the correct lottery numbers, the list is infinite.

Then there are regrets due to actions (or lack of them) that we have made, such as the inadvisable comment, or breaking an expensive vase. These are examples of regrets that are easily dealt with. Move on. That’s life. I am sure that Prime Minister Harold Wilson did not have many sleepless nights as a result of his remark about the pound in our pockets not being affected by devaluation.

Some regrets however, lie in a different part of the spectrum. The delayed letter may have resulted in a lost job or may have been delivered after the death of a loved one. The depth of feeling or distress will be intensified depending on circumstances.

It is at times such as these that we enter into the realms of remorse where feelings of deep regret or sadness can have a profound effect on life and well being. It is important to have a strategy to deal with these feelings.

As with many medical problems prevention is better than a cure. A valuable piece of advice for all of us is not to leave ourselves open to remorse. Should a rift with one’s parents deprive grandchildren and grandparents from seeing each other? Is the cause of the rift so serious? Whenever the wrong action or inaction can have undesirable consequences, the possible results must be examined carefully. If this is done properly then it becomes easier to live with an unwanted though unavoidable outcome.

But what if the deed has been done (or not done) impulsively? There are things to be done even in the saddest of cases. First of all decide how much blame attaches to you. Are there any positives? Can the situation be remedied? Will an apology be sufficient? If so make it sincere and in the most effective and genuine way. A letter may be better than an email but a face to face may be needed. A public apology (or at least in front of third parties) may be required. Of course if ‘sorry’ really is the hardest word then a mutually trusted friend may have to act as a go between. 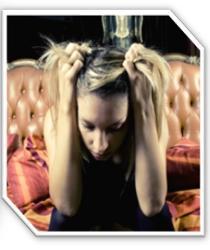 If you are suffering from heartfelt remorse, can you make amends in any way? In its simplest form a straightforward compensation may do. Or something more comprehensive. Many years ago John Profumo the Tory secretary of state for war was involved in a sex scandal with Christine Keeler which forced his resignation. He was widely thought to have brought the government down and he was shunned by many of his colleagues. Profumo chose to dedicate the rest of his life to helping the needy in London’s East End. He was eventually awarded the CBE for his charity work.

There are many examples of ways of making amends. At one end of the scale it may be flowers that a man gives to his wife if he has upset her. Perhaps it is possible to replace the broken vase. Then there are cases of ex- gang members or drug dealers giving up their time to go in to schools to warn against following the same path as they did.

If it is not possible to make amends, then take advantage of the valuable lesson to be learned from the cause of the regret. Examine your faults or weaknesses and use this examination to ensure that you do not make the same mistake again. This very positive outcome may require you to see things differently or to change your ideals and expectations. This in turn will make life easier to live.

It may still be the case that you are left with remorse which will not go away. Accept it and admit your blame. Allow yourself to grieve and then let Father Time get to work with his healing powers. As part of the healing process, it can be helpful to talk about it to someone. Confession is after all good for the soul.

Sadly there are some people for whom regret is so profound that it colours their entire life. It changes the way they act and prevents them from making any decisions. Their life is on hold perhaps because of the breakup of a marriage or the death of a child for which they feel responsible. Professional counselling may then be necessary to avoid mental illness developing.

I once asked a man who was happy and contented in his old age, what he put it down to. He told me that he had never once lost his temper. He said that he had no regrets either. I suspect that a similar mechanism was involved in the way he dealt with decisions and regrets.

I doubt if many of us could aspire to the same degree of equanimity as he possessed. It is important however to deal with our regrets before they build up into life altering levels. Deal with the lesser ones and then perhaps one or two of the techniques mentioned above may sort out the major ones.

Act quickly – don’t let them fester. If you have upset your wife, the local garage usually has some flowers. If it is the husband who is upset, buy him a remote control holder for his armchair. Above all, if you love someone, tell them. Don’t leave yourself open to remorse!