Wikizine talked to two of our own readers about their experiences of how divorce impacted on their careers. When a marriage, or any long-term relationship, breaks down, the repercussions can be traumatic. For some, especially those who chose to care for their family full-time, the financial implications can be devastating!

'What happens next? How will I cope?!' are all-familiar questions... We asked two people how they coped and what decisions they made after their marriages ended: 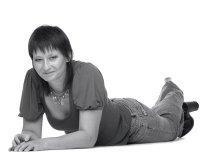 "I was married for 18 years since I was 24. We met while sharing a student flat in Newcastle upon Tyne in 1983. My ex was finishing a degree in Politics. I was working as a youth worker for a large church organisation. I worked while my ex then did a PGCE and qualified as a teacher. I worked at Kentucky Fried Chicken and in a Beer testing Lab to enable us to keep the flat we lived in. We then moved to Essex for him to start his first teaching post. I had our first son and worked in various short term jobs until starting work with the NHS in Clinical Audit. I learnt data processing and programming by distance learning, and took on most of this kind of work for the NHS.

Then I became a contractor earning far more money as a freelance database progammer. This involved a lot of travelling, but childcare in the holidays wasn't a problem as my ex was still teaching. We lived in Essex for 11 years.

I never really settled in Essex, so after we inherited from my late father-in-law I decided to move back to Nottingham to be nearer my family, giving up a great job with the QCA. The money we inherited seemed to be a major nail in the coffin of our marriage, and my ex didn't really want me to have time off with our second son, born in 2003. So 3 years later, I left and lived in rented accomodation with our 4 year old.

My new freedom was great, even from the start when things are lonely and stressful, and after a few months off, I went back into IT. Having lost 2 reasonable jobs in 2008, I did some soul searching and, with some input from my divorce coach, Jackie, looked at what really makes a job for me. The main driver for me was 'synergy' and it took more soul searching to find something which matched my love of Biology, Chemistry and working with details, and people.

I am now on a 2 year apprenticeship with the NHS to become a Pharmacy Technician, which is working out really well, though the wages are virtually non-existent! It is still the best career opportunity I have ever had. The NHS is hard work, but I am enjoying it so much and finally feel my life is on the right track. My younger son thinks I am a nurse, as the uniform is similar!"

"I was married for 29 years, within 6 months of meeting we got married when I was 20, he was 22.  Children came along 7 years later, firstly a son and then a daughter.  My Ex had two affairs during the 29 years of marriage; the latest one, the 3rd, was  the one that ended it all.

I didn't work until my children were at school full-time apart from voluntary work running a local playgroup with my sister, who was a trained nursery nurse (the old type NNEB qualification). When both my children had started school, I had the time to do voluntary work in my local primary school with two little boys who were both blind.

This led me onto training for a qualification in special needs.  I did an Open University course as the studying fitted in round my own children/lifestyle commitments.  Once qualified, I was offered a permanent paid job working part time with the same two twin boys following them from primary/junior school through to their transition to secondary school.

Once the boys had left school after completing their A levels, I moved into F.E.  To date I work full time as a Student Support Coordinator, working within the sensory unit, at the same FE College. 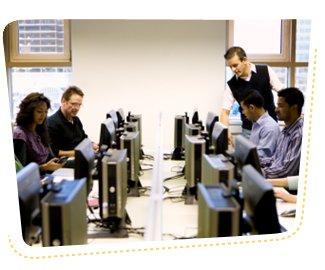 At present, I am studying part time for an HR qualification. I started last year on a foundation degree, and have two years to go before I'm fully CIPD qualified.  When my ex left, my salary was not great; it was ok when there were two incomes, but as a sole wage it just wasn’t sufficient to give me a half decent lifestyle.  The HR qualification will give me the chance to work into retirement now; I'm looking long term for a career that is not too ‘ageist’ and HR fits the bill for me!"