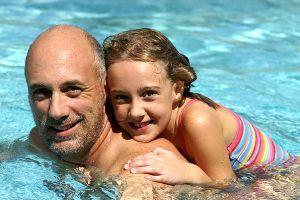 We acted for a father who initially agreed arrangements with the mother on separation in respect of their two children. They agreed an equal time arrangement. As matters were civil between them they did not see the need to have the arrangements placed into a court order.

Approximately 6 months later the youngest child whilst in the care of the father sustained an accidental injury of a relatively minor nature. The mother did not expressly accuse the father of causing the injury but said that he had been neglectful and then said that she had other evidence from other medical professionals that confirmed that the father was unable to look after the children correctly. She stopped contact between the father and the children. We went to court to list the matter for an urgent interim hearing. Approximately 2 weeks later the judge after hearing evidence restored the shared time arrangement. He ordered a court welfare officer's report. At the dispute resolution appointment the matter was not settled.

A court welfare officer's report was prepared and confirmed that it was in the children's best interest to continue with the shared time arrangement. Recommendations of a court welfare officer will only be ignored by a judge if there is good reason. The mother therefore decided to settle matters before the final hearing. The father was pleased with the outcome and commented that our swift response initially was in his opinion the deciding factor in resolving the matter.