The Ex Box Won - Game Over

New to this site and realising I feel too ashamed and embarrassed to tell my friends and family about my ex partner's issues with online gaming.  Things came to an end on Monday.  He packed his bags with his xbox and games and headed south to stay with his mum.

We were together for nearly 3 years.  The gaming wasn't obvious at first as he didn't have internet or an xbox, however he did go to public wifi areas to access youtube.  I thought at the time it was just because he was bored for something to do when he wasn't working.  He had been a bricklayer but injury meant he could no longer work.  I remember enquiring about the youtube stuff, but there was nothing on my radar at all to warn me that it might be an issue.  He was really attentive then, loving, passionate, caring... I thought my ship had come in - no more searching.  He had arrived.

We dated for about a year, spending weekends and holidays together and built up the time spent together - again at no point did I think the youtube was an issue.  When he started spending time in my home with 24/7 access to internet, that is when the phone gaming became obvious.  It was poker at the time - not for money but for credits.  He would sit having conversations with me whilst he played - again, warning light in me didn't flash up.  He wasn't working but we agreed he could move here while he looked for work, and he did.  He started to access my laptop to send out CV's and apply for jobs and looking back, that is when youtube started to take hold.

I asked questions about his past and he admitted he had been a gamer in the past, on leader boards - but it was downplayed because he hadn't been in a relationship it was just something to do because he was bored.  Later on I found out that his ex partner had thrown an xbox across the room and his son commented that he was sick of looking at the back of his head.

I was given several reassurances, having frank and open conversations was told so many times that it was no big deal.  Over time I noticed that the internet use was increasing and he would be watching other people gaming, doing run throughs while talking to camera.  This became common place that I would come in from work - it would be on, I would be finished dinner - it would be on.  I wanted him to be happy but more and more, it became the main attraction and I became the side show.

I made the biggest mistake I could have - when he asked me if he could borrow money to buy a new console.  Again he practically signed in blood that it wouldn't be an issue.  Limited, an hour here and there, when I'm not around... all the right things to fool me into thinking this would be ok, that 'we' would be ok.

Looking back I should never had gone with it - but I trusted him and trusted in his word, trusted him to protect us from anything that would jeopardise our future.

He got his beloved box and over the next few months was consumed by it - it felt like every waking minute was either dominated by play or dominated by talking about it or arguing about it.  The games: Tanks, Gears of War and others.  He would admit to 5 - 6 hours gaming a day but in the end I am sure it was much more than that.

When confronted he offered a compromise and said he would delete the multiplayer 'big' games and keep it as a 'hobby'.  He lied.  He reinstalled it and played it thinking I was too dumb to realise.  When confronted he swore he wasn't playing it when it was right in front of me.  He then admitted that was a mistake and again offered an olive branch of controlled - time limited - use.  Again, it didn't work.

Another compromise, the box when in a bag on top of the wardrobe.  I then found out that he was using it when I was out - just telling me what I wanted to hear and doing whatever he liked - patting me on the head like a faithful spaniel while he betrayed my trust over and over again.

During this time, I learned about Twitch, another gaming avenue for addicts to get their kicks.  This became another new way to 'check out' of the relationship.  Everytime I tried to talk about it, it was met with defensiveness, attack, blame.

I was slated - I was over sensitive, wanted to control, wanted him to be my clone, wanted him to have no life.  He stopped paying any attention to me and I stopped looking for his attention.

At the end I gave up... almost three years of fighting with him to protect us, to admit there was a real problem, asking him to fight for us - but he either didn't want to or couldn't.  And it ruined us., completely, entirely.

I have ended up feeling depressed, undesired, like I'm losing my mind, that I am an awful partner.  I have doubted my worth, my ability to love, my ability to maintain a relationship and it has devasted me.  I thought he was my everything. 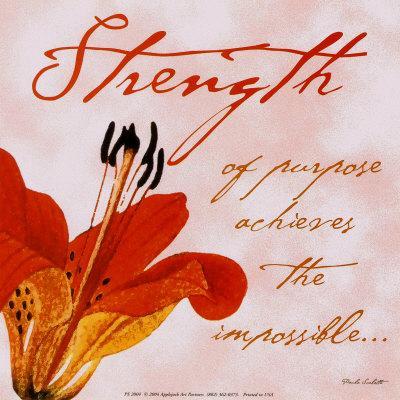